Rotary 9110 Nigeria that comprises over 3,390 Rotarians in Lagos state and Ogun state has launched the magazine “Governor Magazine”. The magazine was launched in a bid to provide detailed information on the programs and activities of the development organisation.

YOU CAN ALSO READ: ‘We Are Delivery Exceptional Brand Experiences in Marketing Communications’ – CEO, Exposé Marketing 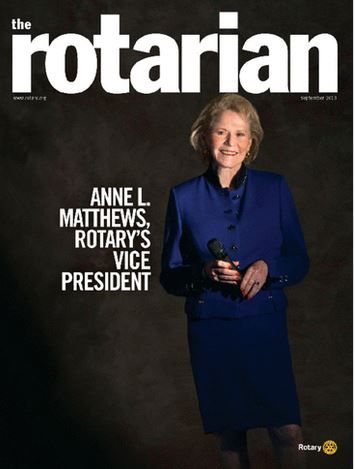 Speaking at the event that was held in Lagos, The District Governor, Rotarian Bola Oyebade expressed his overwhelming joy at the 10th edition of the magazine which was also his project as the Editor in Chief in the year 2010 when it was the first launch.

Oyebade in his words also mentioned other projects they have executed and termed “Specific, Significant, and Signature” projects.

“At the district level where I head as the administrative head, we have had a couple of Specific, Significant, and Signature projects but the one that is very close to my heart is the Prostate cancer.

He explained that the prostate cancer project was divided into two, adding that the first part is the screening and the district has planned to screen about 1000 men, “but because a lot of the Rotarian had keyed into this, we have already screened well over 1200 men of Prostate cancer”, Oyebade stressed.

According to him “the center has gulped over a 100 million naira, constructed to 70/75% stage and we are moving to finish the building by the end of June”

The Incoming District Governor, District 9110 Nigeria – Rotarian Remi Bello also said that “The Governors Magazine” is among the over 30 magazines of the Rotary International in 133 Countries with over 1 million readers and subscribers.

He also spoke on the willingness of every Rotarian to serve humanity which is the Rotary’s driving force and urged people to be members of the club to further drive developmental changes around the country.

District 9110’s Editor-in-Chief, Rotarian Dayo Niyi Idowu said that the Magazine has been on for a decade.

He said that it was the newsletter of the club that was repackaged to the magazine. “The District has been publishing newsletters in the last 18 years,  the magazine is a combination of our newsletters.

YOU CAN ALSO READ: Nigeria’s Flutterwave Makes History As The Only African Company That Makes TIME’s 100 Most Influential Company

We have had 10 edition so far, and next month we are going to produce and June’s edition will be the last one for the year”