The fad is no longer whether you are going to Dubai or London for vacation, the trending cliche now is if you would want to travel to Mars for your next holiday.

Who wants to go to Mars for vacation? Are there people living there? How many hours, days does it take to land on Mars? How much is the ticket to Mars?

You probably may not be able to answer these questions if you’ve not been following the recent exploits of human adventure to Mars.

YOU CAN ALSO READ: Redefine Your Business Leads with These Lionel Messi’s Exceptional Skills, Values

Prior to this age, the intention of man to Mars has been an age-long adventure. A generation looked up to the blue-white sky, dreamed about space, even when no technology to achieve this intention has been invented, but in the latter half of the 20th century, rockets and sophisticated machines that can be used to explore space were created, powerful enough to overcome the force of gravity to reach orbital velocities, paving the way for space exploration to become a reality.

The intention of President John F. Kenndy in July 1969 to land a man on the moon and return him safely to the earth further reinforced man’s ability to achieve greater possibilities irrespective of the challenges that may arise.

As he stepped on the moon, astronaut Neil Armstrong said “one giant leap for mankind” for achieving such a great feat.

From where Neil stopped, different innovations have been invented and brought human’s vision of scaling space into reality.

Space tourism has become a niche segment of the aviation industry that seeks to give tourists the ability to become astronauts and experience space travel for recreational, leisure, or business purposes. Since space tourism is extremely expensive, it is a case of a very small segment of consumers that are able and willing to purchase a space experience.

Dennis Tito was the first United States space tourist that first had the adventure of being a space tourist in 2001. He arrived at the International Space Station (ISS) via a Russian Soyuz rocket.

Tito who was 60 achieved the dream he’d held since he was a young man, shelled out a cool $20 million to make it a reality.

In his interview with CNN, Dennis said, “The pencils started floating in the air, and I could see the blackness of space and the curvature of the earth,”

“I was euphoric. I mean, it was the greatest moment of my life, to achieve a life objective, and I knew then that nothing could ever beat this.”

YOU CAN ALSO READ: ‘My Passion for Makeup Led Me into Business’ – Asemota, 19-Year-Old Entrepreneur

In the 20 years since Tito vacationed in space, only a handful of other — uber-wealthy — tourists have followed in his footsteps.

Virgin CEO, Richard Branson; Amazon CEO, Jeff Bezos and South African-born American entrepreneur, Elon Musk, – all Forbes billionaires have followed Dennis Tito’s footsteps in taking space tourism to next level, making it a commercial adventure for anyone that wants to have the space experience.

Richard Branson’s Virgin Galactic company that was founded in 2004 with the sole idea of creating a winged spacecraft capable of taking up to eight people to space on July 11 hurtled into space aboard his own winged rocket ship, bringing astro-tourism a step closer to reality.

Richard, 71 with his five crewmates from Virgin Galactic space tourism company reached an altitude of 53.5 miles (86 kilometers) over the New Mexico desert.

“The whole thing, it was just magical,” a jubilant Richard said on his return aboard the gleaming white space plane, named Unity.

Virgin Galactic’s VSS Unity, as the spaceplane is called, conducted more than 20 test flights, three of which reached the edge of space and made five Virgin Galactic employees into pin-carrying astronauts. But Richard’s flight made him the first billionaire founder of a space company to travel into space aboard a vehicle he helped fund.

YOU CAN ALSO READ: EnterpriseCEO e-Magazine July – From One Room To BoardRoom: The Enteprise Story of Yele Okeremi

Nine days after Richard achieved his aim of reaching space, World’s richest man, Jeff Bezos became the second billionaire this month to reach the edge of space, and headboard a rocket built by a company he launched.

Jeff founded Blue Origin in 2000 Founded in 2000 to make access to space cheaper and more reliable through reusable launch vehicles.

The company is developing a variety of technologies, with a focus on rocket-powered vertical takeoff and vertical landing vehicles for access to suborbital and orbital space.

Initially focused on suborbital spaceflight, the company has designed, built, and flown multiple testbeds of its New Shepard vehicle at its facilities in Culberson County, Texas.
Jeff in May 2019 unveiled Blue Origin’s vision for space and also plans for a moon lander known as “Blue Moon”, set to be ready by 2024.

YOU CAN ALSO READ: Why I Have Passion for Women in Leadership Positions

The idea was partly motivated by existential threats such as an asteroid strike big enough to wipe out humanity.

Elon, who has always spoken about his dream of building cities on Mars, believes that settlements would need large numbers of people in order to become self-sustaining.
Realizing the enormity of the dream, Elon through the company has raised an investment that is valued at $74 billion to build a spacecraft combination that could ferry more than 100 people a time to the red planet.

According to him, the system is designed to be fully reusable, meaning the principal hardware elements are not discarded in the sea or allowed to burn up, as happens with some other launch systems, but are instead recovered from space. They can then be refurbished and flown again, reducing the cost of the whole enterprise.

With Jeff, Elon, and Richard’s combined net worth of $400 billion, what is estimated to be the total Gross Domestic Product of most countries in West Africa, except Nigeria, should the quest to fly people to the red planet be a tussle among the space billionaires?

The recent adventure of Jeff and Richard to the space has gathered tonnes of reactions and conversation that many have seen their intentions to the space as a waste of resources when millions of the global population are still languishing in poverty.
Many have said their attention should be focused on the pandemic, or climate change, or any of the other rolling crises here on Earth.

“People are dying. The planet is broken. Maybe these guys, and fellow billionaire space enthusiast Elon Musk, ought to tuck their space phalluses away for a couple of decades and focus on some of our more immediate concerns”

The successful spaceflights for both Branson and Bezos are breathing life into the nascent space tourism industry, as many others with the wealth to pay for a seat to outer space are lining up for the opportunity.

The same day that New Shepard crossed the Kármán line, Bezos announced that Blue Origin has sold nearly $100 million worth of tickets to the edge of space with plans to take passengers to the Kármán line twice more during 2021. While ticket prices for the New Shepard have not been disclosed, tickets for a ride on Virgin Galactic’s VSS Unity reportedly run anywhere from $200,000 to $500,000—a sum that not every adventurous spirit likely can afford. 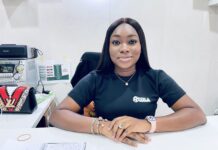 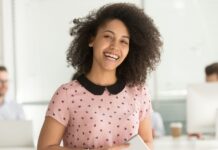 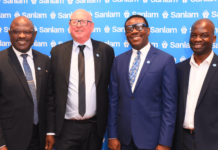