“Andela has over 300 employees. The company will use the new capital to increase the workforce. It will deepen its product. It will extend its engineering. It will heighten its growth”

Welcome to the unicorn club. That was the title of the 2013 article written by Aileen Lee in TechCrunch. Lee, an American venture capitalist, is also the founder of Cowboy Ventures.

Eight years after that coinage, unicorn is used to describe a financial behemoth. In the article, Welcome to the unicorn club: Learning from Billion-dollar start-ups, Lee described unicorn as a privately held company with a billion-dollar valuation.

As of June 2021, research shows there are over 600 unicorns in the world. They have raised over $442 billion in total. They are valued at over $2 trillion. These unicorns are so relatively uncommon. They have seen increasing successes. They have gained market momentum. They are boosting the market. As such, they have mythical classification due to their rareness.

On the one hand

A venture capitalist told me that the value of unicorns is generally determined by investors. And venture capitalists. She said all the valuations is hinged on whether the investors believe the companies will grow. And develop over time.

“It is all longer-term forecasting”, she said. The valuations have nothing to do with the financial performance. Many of these businesses rarely make any money when they first started. My venture capitalist friend said the investors do face some difficulties in their forecast. If there are no competitors in the industry, there would be no other business model to compare. That would make the process complicated. So far, out of the seven unicorns in Africa, Nigeria has six. These local unicorns are successful. Because there are other competitors in the industry. The business model is easy to forecast. Does that mean these six unicorns are making money? Yes. Making money is good business. If these businesses are not making money, venture capitalists will not be interested. These companies will not be valuable at all.

Anyway, some of these local unicorns include Andela.  It is the latest unicorn. An email from the company announced that the company has announced its $200 million raise led by Softbank Vision Fund at a $1.5 billion valuation. In the summer of 2014, “I returned to Lagos with my friends to build the company that would become Andela.

Jeremy Johnson, Christina Sass, Brice Nkengsa, Nadayar Enegesi, Ian Carnevale and I truly believed we could train world-class software engineering talent in Nigeria. We believe we could connect them to valuable, meaningful and high-earning jobs across the globe”.  Iyinoluwa Aboyeji signed the email.

Andela has over 300 employees. The company will use the new capital to increase the workforce. It will deepen its product. It will extend its engineering. It will heighten its growth. In addition, the company is investing in growth, continued expansion of technology and product development as well as merge and acquisition.

Johnson, the CEO, didn’t specify any acquisition targets. Andela was looking for talent networks to expand geographically or in terms of client and talent bases, as well as technology to enable it to better source and access talent while also managing delivery. “There are a lot of moving pieces, so additional technology to do that faster is always interesting,” he added. “In the process, we are moving into AI as a part of that.”

On the other hand

Here is a list of the unicorns: Andela. Chipper Cash. Flutterwave. Interswitch. Jumia. Opay. So, as my friend explained Africa’s start-up scene is still in its early stages. It is growing. If venture capitalists are positive, there would be more start-ups that would achieve the unicorn status. These unicorns will stimulate competition. They will create value. They will bring home-grown solutions. They will be profitable. 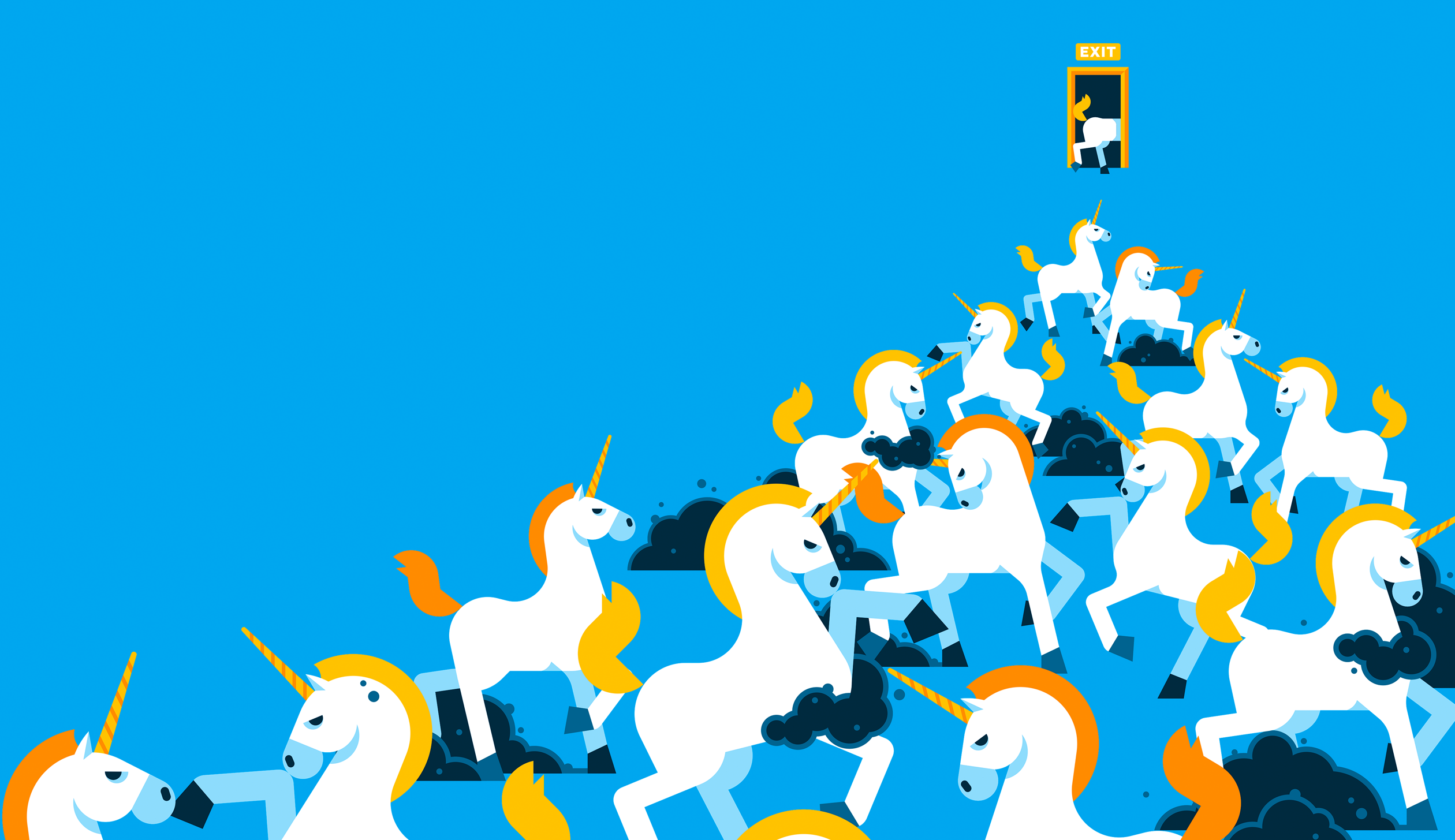 For instance, in the fintech ecosystem Interswitch, Flutterwave, Paystack, TeamApt and Opay are competing. Take Flutterwave. Born in 2016, it facilitates international payments for African and international companies such as Facebook and Uber.

It has touchpoints in five countries. Take Interswitch. Born in 2002 when no one was interested in Africa, it did not get outside funding until recently. It processes 22 million debit and credit cards through its Verve offering. About 190,000 businesses use its platform to process transactions. It has footholds in three countries.

The legacy fintech firms are looking over their shoulders. Are they are afraid?

No, Bigmummy. They are not afraid. They are just being watchful. Alert, is an appropriate qualifier. They are aware that the unicorns have access to outside funding. The unicorns can spring surprises.

Ok, does that mean the unicorns cannot become dinosaurs?

I would not know. Maybe we could hold a Zoom meeting with Lee. She coined the term unicorn. I didn’t.

Ok, when is the Zoom meeting?

I am not Lee’s personal assistance, Bigmummy.

Who is her representative in Nigeria?