“In 1967, at the beginning of the Nigerian civil war, he was unjustly accused of assisting rebels in the breakaway republic of Biafra to purchase jet fighters. Soyinka was arrested but never formally charged and spent most of the next twenty-seven months in solitary confinement in a cell that measured only four feet by eight feet.”

Having secured approval on the protocols from official quarters for my books presentation that was to have been held in March 2020, but for Covid-19, work commenced in a more defined manner with respect to planning for the event.

I thought to reach out to Prof out of courtesy more than anything else. I thought it the proper thing to do, even though I didn’t think the books fall into the genre that would be of primary interest to him. Then, as momentous as it would be to have his presence, I couldn’t even imagine expecting him to make the trip to Abuja.

YOU CAN ALSO READ: Three Things That Guide Paul Onwuanibe’s Life, One of Them Will Surprise You

But I reached out to him. His response was swift. Fingers crossed, he said. He was due to travel out but would be back shortly after, then he would be in a position to confirm. Within days of returning, he confirmed he would be at the presentation and gave me permission to have his name on the invitation card as Guest of Honour.

The Nobel laureate at 85 was going to put himself through the trouble of a flight into Abuja just to honour little me at the books presentation.

For me, that sums up the essence of the man, as I see him. Indeed, he is an elephant and one can only see so much from one’s perspective. But if I am asked to sum him up in one sentence, it would be about that instinctive drive in him, time and again, to push self aside for the good of others, for the collective, paying little or no attention to the personal sacrifice he has to make, the price involved or the pain he would have to endure.

It rings through in almost all his engagements in matters to do with Nigeria in the last 60 years. It rings out in all his interventions – words, deeds, gestures. Even as the symbolism of his interventions and gestures are sometimes lost on those who do not understand him, often mistaking his intentions, he has never been fazed, as he has repeatedly gone it alone on the mission, once convinced that it is the right thing to do. 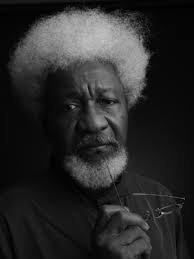 His moves do not have to be big to be gigantic. They are often so daring that it is only him that could even contemplate such adventures. But that is what separates the man from men.

Either in joining the Army with the hope of being sent to South Africa with apartheid as enemy, allegedly holding up a radio station to prevent the announcement of fake results, the daring move to go to Biafra in pursuit of peace through a different approach, his pursuit of safety on the roads to save lives at State and National levels, standing up to the Babangida-Abacha aberration and even the symbolic gesture of turning his back on America on the election of President Trump, these are different manifestations of that singular commitment to the interest and well-being of others, often at great risk to his own safety. For me, it is that uncommon Akíkanjú spirit which sets him apart.

“In 1967, at the beginning of the Nigerian civil war, he was unjustly accused of assisting rebels in the breakaway republic of Biafra to purchase jet fighters. Soyinka was arrested but never formally charged and spent most of the next twenty-seven months in solitary confinement in a cell that measured only four feet by eight feet.”

An inconvenient bit of history that latter-day revisionists are nappy-agitators are either unaware of or desperate to ensure those who do not know never get to know.

In awarding him the Nobel Prize in 1986, the Academy cited him as one “who in a wide cultural perspective and with poetic overtones fashions the drama of existence.” True. Even, if that is only one part of him, but it is one which manages to speak to other parts on the enigma. An iconoclast whose like we are unlikely to ever have.

YOU CAN ALSO READ: Will International Community Stand With Africa in Its Latest Crises?

Yet with his long and lush-green carpet of accomplishments, he is so unassuming and so detached from it all, his feet firmly on the ground. He doesn’t put on airs and graces. There is that ease about him, around him. You have his attention, once the setting is right and the matter is right, no matter who you are.

“In an extraordinarily prolific and rich body of work including plays, novels, poems, and essays, Professor Soyinka draws on both Yoruba and western culture to exquisitely weave a subtle understanding of the tragedy and comedy of the human condition.” – Harry Kreisler
Akíkanjú- extraordinaire
By virtue of the gray, he is Ọ̀jọ̀gbọ́n Àgbà.
As a man of letters, he is Àgbà Ọ̀jọ̀gbọ́n.
Akíkanjú WS. Àgbà Ọ̀jọ̀gbọ́n. Ọ̀jọ̀gbọ́n Àgbà
Happy Birthday, Prof Wole Soyinka
At 88, WS is still travelling far and wide, working, giving.

How Has Fintech Dominated Banking Systems?

How To Join Billion-dollar Tech Club