In September 2016, a 25-year-old Haiti-born Andye was only in Paris for three days. Unknowingly for her, she jumped aboard the Metro train that would change her life forever.

The US brought up lady was about finishing up a Master’s degree in Amsterdam, in the Netherlands.

YOU CAN ALSO READ: CEO’s Corporate Image: A Critical Focus for Brand Success

She was in-between phase of a degree when studies are over, but graduation is yet to come but decided to travel for a month and then come back to Amsterdam.

Andye planned a month’s adventure exploring Italy, Greece, Egypt and India. On her way back, she returned via Paris to visit a close friend, Seyna, who lived in the French capital and was looking after some of Andye’s belongings.

Sharing her love story how she met her love, Steven, “I got on the Metro to head back to my friend’s house where I’d dropped off my suitcases, that’s where he (Steven) got on.”

Steven is 26-year-old Master’s student originally from the Central African Republic studying in Paris and working part-time in a school.

For Steven when he boarded the train, the carriage was already full of travelers. He was one of several passengers standing. Meanwhile, Andye was sitting, her traveling backpack on her knee and her headphones on. Steven noticed her right away.

“I tried to think of a polite way to broach conversation with Andye and the backpack. I wanted to speak to her, but was also conscious of respecting her space and privacy.” Meanwhile, Andye was silently fantasizing about the stranger opposite her.

She recalled being struck by his “calming energy.” She said, “He had really nice, muscular arms. I was like, ‘Wow, he looks like someone I could really get a nice hug from.'”

As these thoughts flashed through Andye’s mind, they were followed by another, sinking realization. “I was like, ‘What if he’s my husband, but I’ll never know? Because I’m going to get off this train without ever speaking to him.'”

When the train arrived at Andye’s stop, Steven got off with her, handed her the backpack. They exchanged numbers, then Steven asked if he could give her a hug goodbye. Andye agreed.

“I thought that was so weird, because in France people just do the kisses on the cheek, they don’t hug, I was like, ‘Wow, what if this guy is a mind reader? Because earlier, I was just thinking I could get a really nice hug from him.'” recalls Andye.

Later that evening, Steven messaged Andye and nervously waited for a reply, recalling announcing that Andye was the woman he would marry. “When she responded, I screamed and ran to my cousin,” says Steven

Meanwhile, in March 2017, six months after their first Metro encounter, Steven and Andye reunited at Charles de Gaulle airport for Andye’s 24-hour stopover. In the intervening months, the two had been in constant communication. But it wasn’t the same as finally seeing one another in person again.

YOU CAN ALSO READ:  Flutterwave Expands Services, Secures Another Licence

When Steven and Andye tell others how they met, they’re often told their story resembles a romantic comedy. 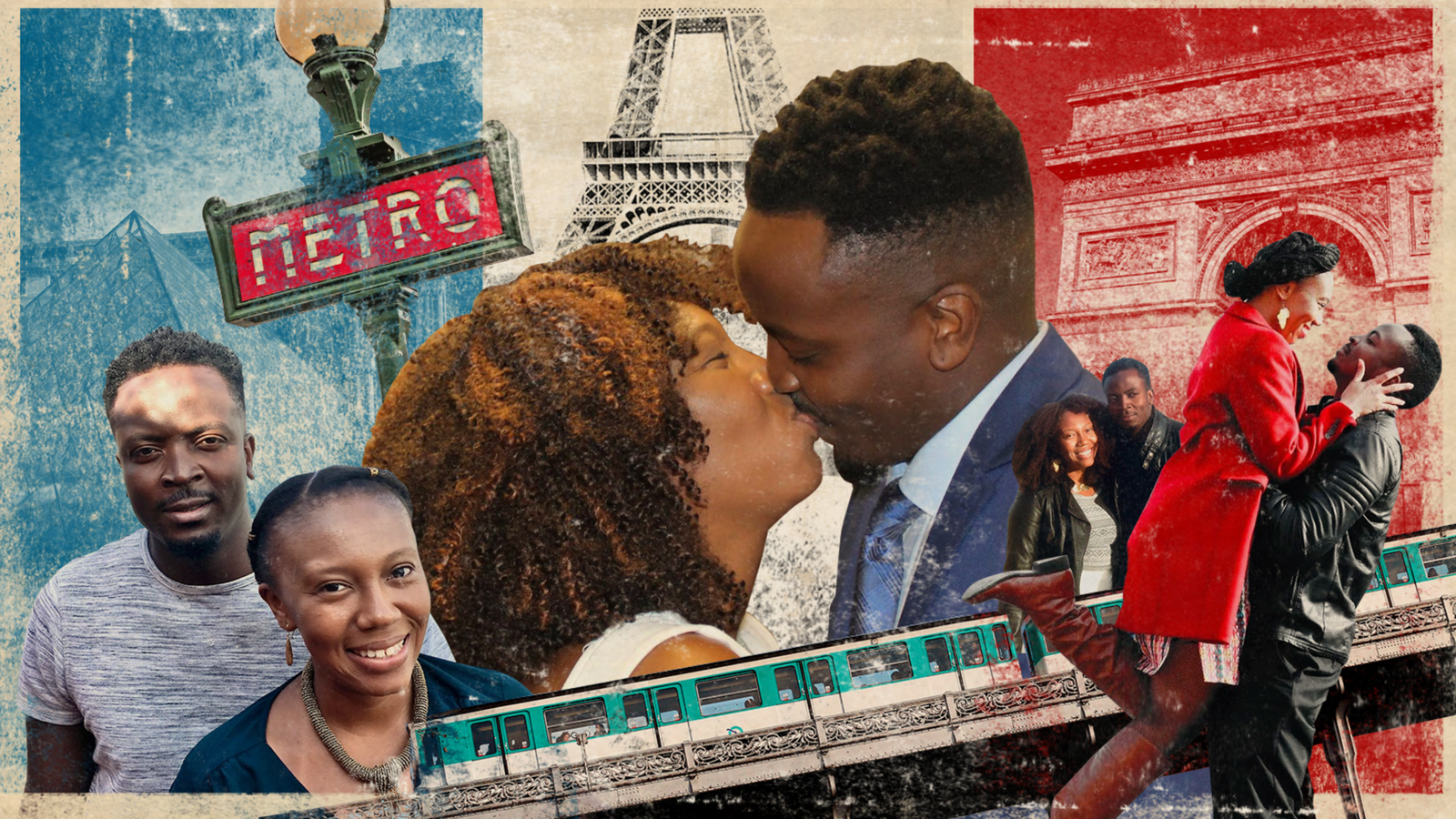 “Honestly, I feel like I am living a rom-com with him,” says Andye. “Especially as a Black woman, you don’t often see international love stories with Black women or Black men in them. And I think for me, just sometimes when I think about it, I’m like, ‘Wow, I’m living my own rom-com.’ I don’t need to see it on TV, this is it.”

Today, Andye and Steven are still Florida-based, planning future adventures together. Since the world opened up, they’ve visited Tanzania, Zanzibar and Costa Rica together.