Today, the Dangote Group is one of the largest conglomerates in Africa, with international operations in Benin, Ghana, Zambia and Togo and has moved from being a trading company to be the largest industrial group in Nigeria, encompassing divisions like Dangote Sugar Refinery, Dangote Cement, and Dangote Flour.

Owner and Chief Executive Officer, Dangote Group of Companies, Aliko Dangote has said that he did not inherit a dime from his father to start his company in the 70s.

Dangote said in an interview with Bloomberg’s David Ruberstein that though he’s from a wealthy family, his business was not built on his family wealth.

YOU CAN ALSO READ: ‘5 Things I Learnt Working with Aliko Dangote’ – Abdul Mukhtar

“My great grandfather in the 40s was the richest man in West Africa. My late grandfather was one of the wealthiest Nigeria while my father was also a rich man. He was a politician and businessman” 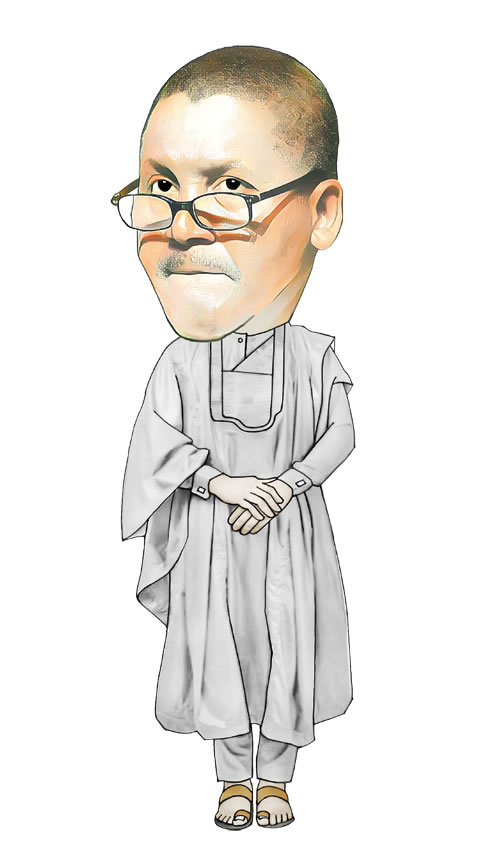 “All what I inherited from him was given to charity”, Dangote explained.

Dangote pointed out that he started his business immediately after his graduation from Al-Azhar University, Cairo, where he had a bachelor’s degree in Business Studies and Administration, adding that the Dangote Group was established as a small trading firm in 1977, the same year he relocated to Lagos.

He told David Ruberstein that he began trading in commodities which include bagging of cement as well as agricultural goods like.

In the 1990s, Dangote approached the Central Bank of Nigeria with the idea of allowing his transport company to manage their fleet of staff buses, a proposal that was also approved.

Today, the Dangote Group is one of the largest conglomerates in Africa, with international operations in Benin, Ghana, Zambia and Togo and has moved from being a trading company to be the largest industrial group in Nigeria, encompassing divisions like Dangote Sugar Refinery, Dangote Cement, and Dangote Flour.

The company dominates the sugar market in Nigeria with its refinery business as the main supplier (70 percent of the market) to the country’s soft drink companies, breweries and confectioners and employs more than 11,000 people in West Africa.

In July 2012, Dangote approached the Nigerian Ports Authority to lease an abandoned piece of land at the Apapa Port, which was approved.

He later built facilities for his sugar company there, which is the largest refinery in Africa and the third largest in the world, producing 800,000 tonnes of sugar annually.